You are here: Dare to Ride » DARE: Development Assistance for Rural Enterprise

As I travel I will be attempting to raise funds for and awareness of a charity called DARE. DARE is a small charity based in Isiolo in northern Kenya, my journey’s destination. 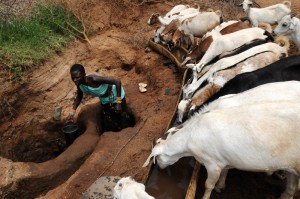 A well in a dry river bed

DARE works with communities and individuals in Isiolo District to enable them to establish alternative sources of income and to improve their ability to successfully combat the worst economic effects of drought, disease and violent livestock raids.

The environment in northern Kenya is harsh and arid. Most of the population are nomadic pastoralists, such as the Maasai, Samburu and Turkana tribes. Although difficult, this way of life is well suited to the local environment. However, a rise in population and the effects of climate change has led to increased competition for already scarce resources, making this traditional way of life increasingly less able to support the communities that rely upon it. With each drought more people become permenantly reliant on the aid and food aid system. 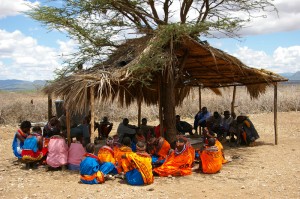 DARE is working with these communities to help them develop alternative livelihoods through trade, tourism and innovative land use projects. The objective of this work is to prevent these communites to avoid the aid trap and become masters of their own development.

To find out more about DARE and its work, and maybe to make a wee donation, pop along to their website: darefoundation.com